Founded in 1991, currently more then half of local governments are members and take part in activities such as subnetworks, projects and conferences – some exclusive for members, some for everyone.

The Danish Healthy Cities Network is a network of cities (municipalities) and regions (counties) politically committed to mutual cooperation in order to strengthen and develop the field of public health locally. 53 out of 98 municipalities are members.
Being a member of the network means participating in a professional forum with focus on knowledge sharing and development of health promotion policies and activities in municipalities and counties. The Danish Healthy Cities Network aims to be a valued partner in the field of health professions both on a national and an international level.

Since 1991 the members have worked together in developing new methods, carrying out courses and conferences and publishing recommendation. Useful and efficient tools for working with promoting public health have successfully been developed through the network. An annual network conference and conferences are common activities where both professionals and politicians are invited. The network facilitate several sub networks within the field of public health.

Have a look at the Statutes (from 2013) and the strategy (2017-2020) of the Danish National Healthy Cities Network which both are translated into English.

The Danish Healthy Cities Network has since 2006 and in cooperation with national experts developed methods, tools and models to support members’ local health promotion and the prevention work within major public health issues. These have been published, distributed and disseminated among the members and thereby been a guideline among the public health promotion and prevention in the Danish cities.

The Danish National Healthy Cities Network is founded by member fee, which also covers some of the minor activities in the network. The projects are funded by Ministry of Health and Prevention and private funds.

Go to the full publication overview (in Danish) or read the English summaries of some of the publications eg. Equity in health and Health in all plans (look at the bottom of the page).

The international representative of the Danish Healthy Cities Network : 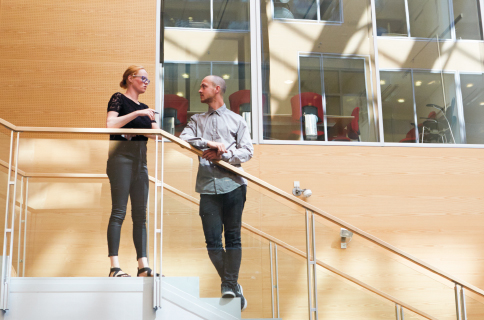